SHOT 9/17/2006 - A Denver Broncos fan proudly displays the team's colors during a game against the Kansas City Chiefs Sunday September 17, 2006 at Invesco Field at Mile High in Denver, Co. The Denver Broncos are a professional American football team based in Denver, Colorado. They are currently a member of the American Football Conference (AFC) Western Division in the National Football League (NFL). The Broncos began play in 1960 as a charter member of the American Football League and joined the NFL as part of the AFL-NFL Merger. The Broncos were a small-market team that met with little success in their early years, but have since become one of the elite franchises of the league after having advanced to the Super Bowl six times. In their first four Super Bowl appearances, they suffered successively lopsided defeats, achieving near-legendary status before winning back-to-back Super Bowl championships in 1997 and 1998 under quarterback John Elway, running back Terrell Davis and coach Mike Shanahan..(MARC PISCOTTY/ © 2006) 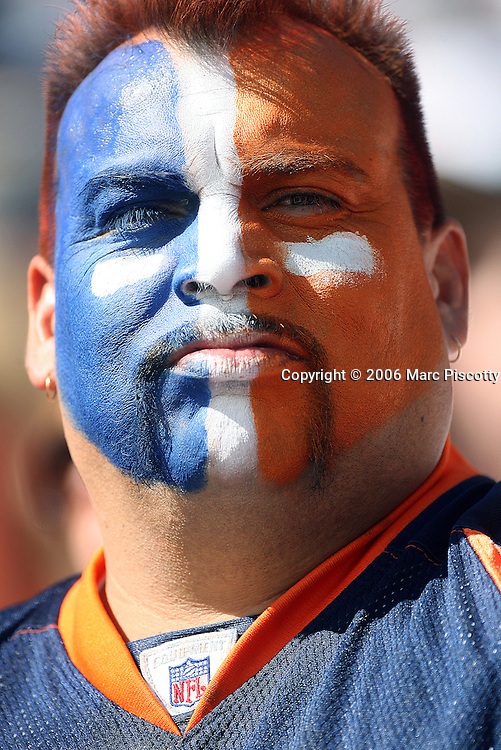