U.S. Ski Team teammates tackle Ted Ligety (on top, pink goggles) in the finish area after it was apparent that he had won the gold medal in the Men's Combined at Sestriere Colle Tuesday February 14, 2006. American skiier Ted Ligety won the gold medal with combined downhill and slalon times of 3:09.35. Teammate Bode Miller had led all skiiers after the downhill but was disqualified on his first slalom run after stradling a gate..(Photo by Marc Piscotty / © 2006) 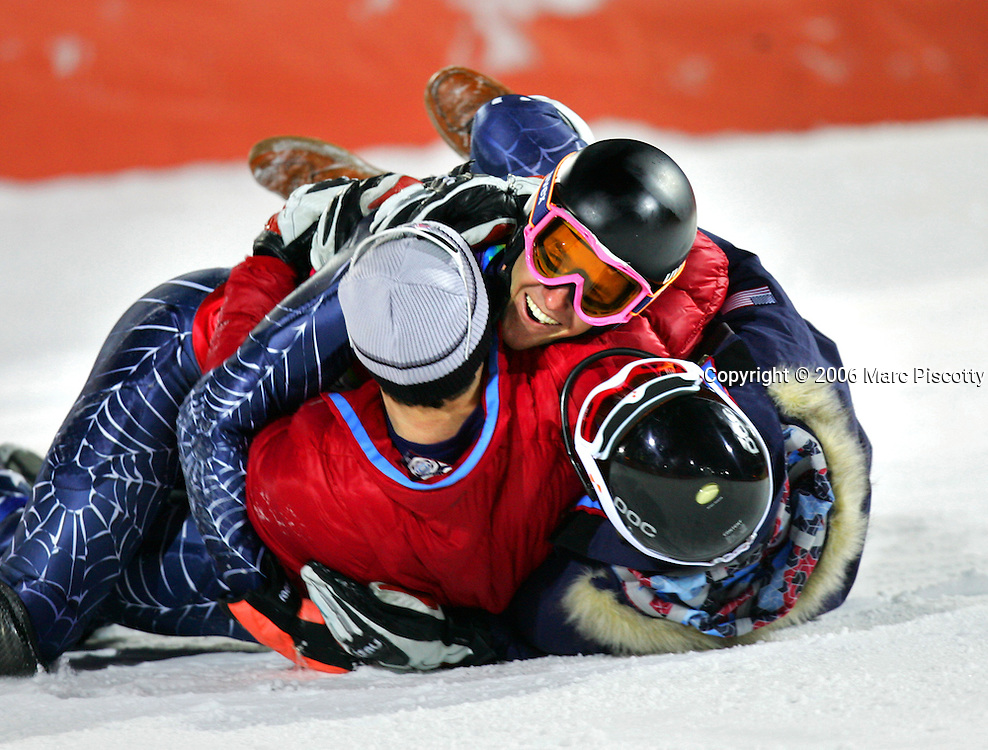