SHOT 11/7/09 8:40:05 AM - Tourists and locals walk the streets of Barcelona, Spain. Barcelona is the capital and the most populous city of the Autonomous Community of Catalonia and the second largest city in Spain, with a population of 1,615,908 in 2008. It is located on the Mediterranean coast between the mouths of the rivers Llobregat and Besòs and is bounded to the west by the Serra de Collserola ridge. Barcelona is recognized as a global city because of its importance in finance, commerce, media, entertainment, arts and international trade. Barcelona is a major economic centre with one of Europe's principal Mediterranean ports, and Barcelona International Airport is the second largest in Spain. Barcelona is today an important cultural centre and a major tourist destination and has a rich cultural heritage. Particularly renowned are architectural works of Antoni Gaudí and Lluís Domènech i Montaner that have been designated UNESCO World Heritage Sites. The city is well known in recent times for the 1992 Summer Olympics. Includes images of the El Gòtic, also known as Barri Gòtic ('Gothic Quarter' in Catalan; Spanish: Barrio Gótico) is the centre of the old city of Barcelona. The Barri Gòtic retains a labyrinthine street plan, with many small streets opening out into squares. Most of the quarter is closed to regular traffic although open to service vehicles and taxis..Photo by Marc Piscotty / © 2009) 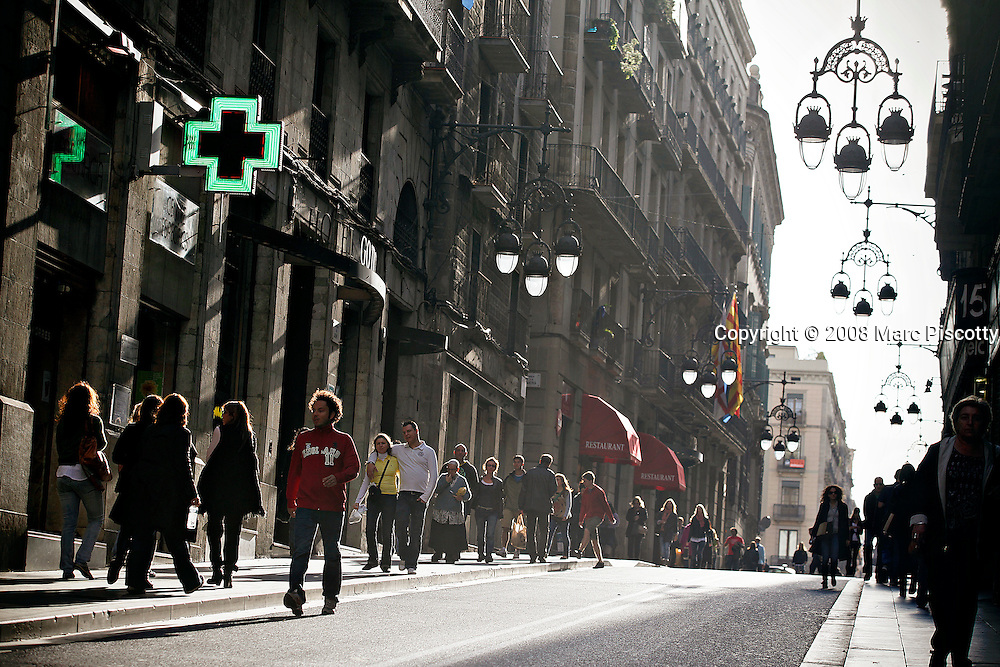