SHOT 12/26/2007 - Old Town is a historic district in Albuquerque, New Mexico, dating back to the founding of the city by the Spanish in 1706. Today it is a popular shopping and tourist destination. Old Town comprises about ten blocks of historic adobe buildings grouped around a central plaza (a common feature of Spanish colonial towns). Many of the buildings in Old Town are houses that have been converted into restaurants and small art and souvenir shops. Albuquerque is the largest city in the state of New Mexico, United States. It is the county seat of Bernalillo County and is situated in the central part of the state, straddling the Rio Grande. The city population was 448,607 as of the 2000 U.S. census. As of the 2006 census estimate, the city's population was 504,949, with a metropolitan population of 816,811 as of July 1, 2006. In 2006, Albuquerque ranked as the 33rd-largest city and 61st-largest metropolitan area in the U.S. Albuquerque is home to the University of New Mexico (UNM) and Kirtland Air Force Base as well as Sandia National Laboratories and Petroglyph National Monument. The Sandia Mountains run along the eastern side of Albuquerque and the Rio Grande flows through the city north to south..(Photo by Marc Piscotty/ © 2007) 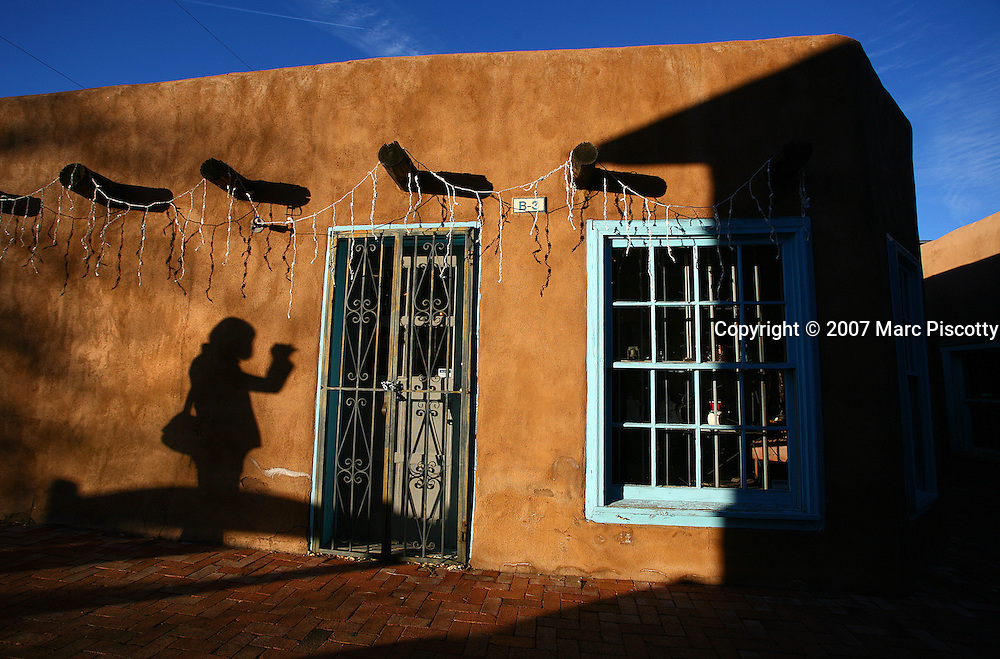