U.S. snowboarder Shaun White (center) makes his way into the Stadio Olimpico in Turin, Italy during the Opening Ceremonies for the 2006 Winter Olympics. White is a favorite in the snowboard halfpipe event. The event took place at the Stadio Olimpico in Turin, Italy Friday February 10, 2006 kicking off 16 days of competition in various winter sports. The Opening Ceremonies featured plenty of fire, the introduction of athletes, a performance by Luciano Pavarotti and the lighting of the Olympic Flame..(Photo by Marc Piscotty / © 2006) 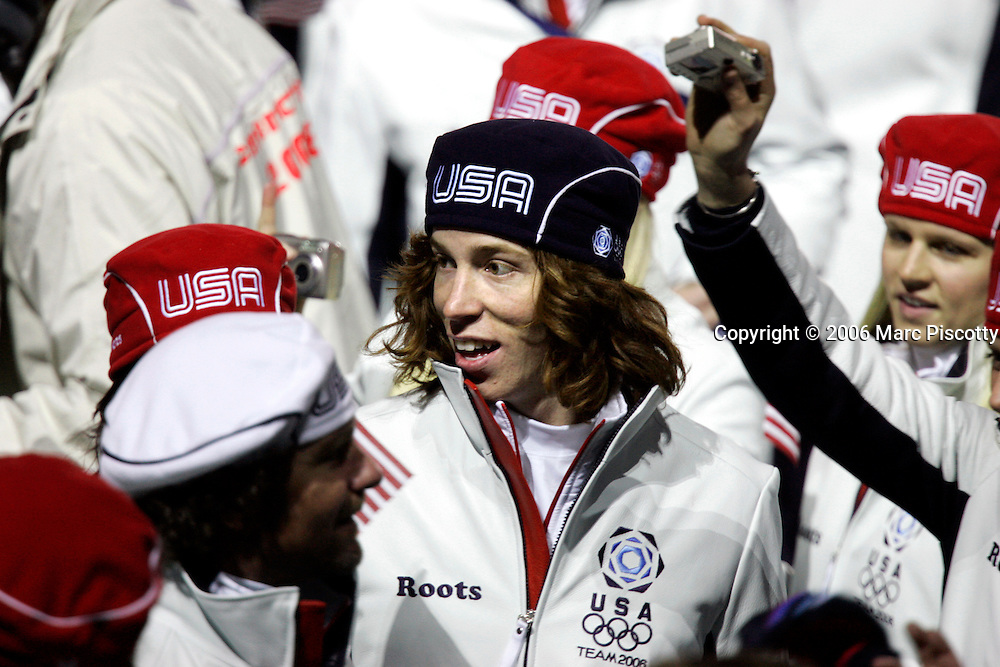