U.S. figure skater Emily Hughes performs during the Short Program of the Women's Figure Skating competition at the Palavela ice arena in Turin, Italy on February 21, 2006. U.S. figure skater Sasha Cohen leads in the event with a score of 66.73. Teammate Kimmie Meissner is in fifth with 59.40 points and Emily Hughes is in seventh with 57.08. Hughes was a last minute replacement for Michelle Kwan who had to withdraw from the Olympics due to injury..(Photo by Marc Piscotty / © 2006) 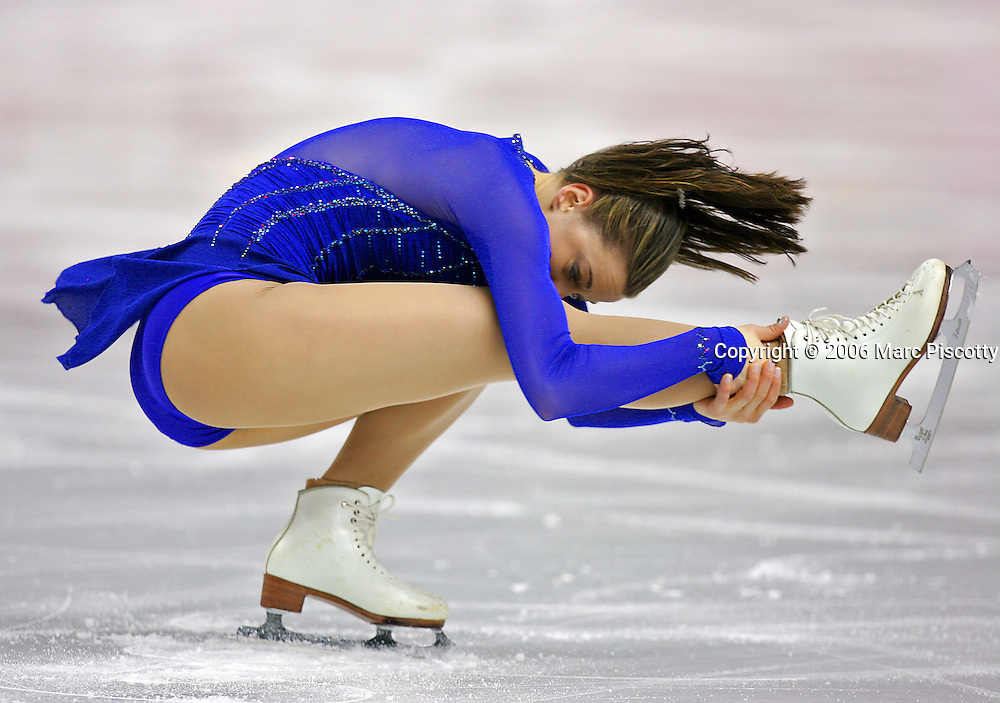